skip to main | skip to sidebar

Will the Life-affirming Episcopal Shepherds among the United Methodists Please Stand Up?

It’s been an anxious wait for an additional clarifying or temporizing statement to come forth from the United Methodist Council of Bishops, following Thomas Bickerton’s letter of 25 June 2022 on the Dobbs v. Jackson decision overturning Roe v. Wade.  Given that the Council has not issued any additional declarations on the subject, and no bishop (to my knowledge) has stepped forward to distance him- or herself from Bickerton’s statement as the Council’s president, it seems fair to assume that the one letter speaks the collective mind of the Council, at least those who reside in the United States.

The Bickerton letter echoes a charge that the decision “creates ... injustice.”  This is so much hyperventilating. What the high court has really done in the political realm is to commit federalism, returning the debate over abortion law and policy to the people through their elected representatives. But the Church’s role in the conversation must go beyond and transcend politics, important as they are.

Mark Tooley has done good work summarizing the various statements by major denominational agencies [here], and there is no need to cover that ground again.  Likewise, my friend (and now colleague) Matthew Sichel has shown how much daylight separates, on the one hand, the full statements on abortion and the care for those who have experienced abortion that can be found in the United Methodist Book of Discipline, and on the other hand, the letter from the Council of Bishops President.

Two other points beyond what I have found in other statements require an appropriate airing, however, and I propose to state them in summary form here.

First, Bickerton is at pains to lay out the burden that the Dobbs decision (which he never calls by its correct name) imposes on women on the basis of economic circumstances and race – i.e., privilege.  Never addressed, not once, is the other part of the Discipline’s statement which directly voices United Methodist “belief in the sanctity of unborn human life” and the moral obligation to “respect the sacredness of the life and well-being of the mother and the unborn child.”  Thus by omission does Bickerton, speaking on behalf of the bishops of The United Methodist Church, simply negate the very personhood of the unborn child.  The total absence of any statement on their behalf, or nod in the direction of their wellbeing along with the mothers’, the blithe refusal even to name these untold millions as belonging in some sense to the human family and therefore being properly objects of God’s love and proper recipients of human concern and compassion, let alone protection, is callous and chilling.

Early in the statement, Bickerton quotes the preamble to the Social Principles of the church with its acknowledgement of the church’s role “for nurturing human beings into the fullness of their humanity.”  How ironic.  Clearly, those human beings within the bishops’ scope of concern, who are to be assisted in realizing the fulness of their humanity by the faithful, do not include the unborn, whether they be lately conceived, just past the point of quickening, or ready to come to the birth.

Jesus saw and welcomed the little children who came to Him, rebuking His disciples for trying to keep them at a distance.  In a time when the little ones were thought to be of scant importance, he not only noticed but enfolded them.  Our bishops on the other hand, as shown by Bickerton’s statement, don’t even see them.  Where the Social Principles in the Discipline recognize them as children, the bishops act as though they do not even exist, and write them out of the picture altogether by omission.  This is horrendous.

Yet this is not the only problem in the letter.  Bickerton, taking his cue and quoting from the UMC’s Commission on the Status and Role of Women, calls out the disproportionate impact that the Dobbs decision will have, in his view, on the poor and women of color.  Thus the decision is cast as a justice issue of human rights, as it touches on access to abortions.

This all sounds very compassionate until one stops to consider that in the United States, black children are aborted at a proportional rate about four times higher than white children.  If a foreign or domestic enemy were causing a death rate that much higher among people of color, that fact alone would be met with monumental outrage, and justly so.  It would be condemned in strong words like “genocide,” and with justification.  The difference here is that the wound is self-inflicted; the deaths are same.  And Bishop Bickerton, together with COSROW, laments not those deaths nor their disparity between communities, but instead that there is not greater opportunity – greater “means” and “access” for such abortions.

Pregnancy, we often hear, can be dangerous for the expectant mother.  This is true.  Abortion can be, as well, not only physically but also emotionally, with trauma inflicted of long duration.  What is left unsaid is that a completed abortion is 100% fatal for the unborn child.

This speaks to the deep cynicism of using terms like “reproductive healthcare,” which is a double lie.  Abortion “services” are not about reproduction, but exactly about not reproducing.  And there is no benefit to a child who has been killed in the womb and purged from it.  Dress it up how you will, this is not healthcare.  It is death.

Abortion is the negation of the bond between mother and child, which Scripture holds up as highly precious and deeply holy.  This begins in Genesis: Eve’s name signifies that she is the mother of all living.  Hannah conceives the great prophet Samuel as an answer to her prayer; and even after he removed to live a devoted life in the Lord’s tabernacle, her maternal care and ministrations did not cease.  The Blessed Virgin Mary did not seek out motherhood; we might even say that it sought her.  But her fiat – “let it be so” – opened the way for the salvation of humankind.  The Lord Jesus, in turn, was acquiescing to her plea when he performed his first miracle at the Cana wedding.  St. John, who relates that story, also tells us that one of Jesus’ last words from the cross was to entrust her to the care of his beloved disciple even as he hung on the cross: “Behold your mother ... behold your son.”  And in Revelation we find the evil serpent pouring out his rage, seeking to destroy the birthing mother – who represents Mary and the Church – and to devour her child.  Yet Heaven steps in again and again to deliver both child and mother and to thwart the dragon’s designs.  How is it, then, that the bishops’ letter ignores this bond, so clear in the revealed word -- as though it does not even exist?

The Bickerton letter calls on United Methodists to “extend grace, love, sound advice, and an open heart.” This is sound counsel!  But the letter itself does not do that.  There is no grace or love extended to the unborn, no open heart.  How, then, dear bishops, could they receive and accept your “sound advice,” even if they were alive to hear it?

No.  Mother Teresa of Calcutta put it wisely: “By abortion, a mother does not learn to love, but kills even her own child to solve her problems.  And, by abortion, that father is told that he does not have to take any responsibility at all for the child he has brought into this world. ... Any country that accepts abortion is not teaching its people to love, but to use any violence to get what they want.”  Nor should we dream for a minute that the violence which begins in an antiseptic clinic will remain confined to it.

She also said, again correctly: “Human rights are not a privilege conferred by the government. ... The right to life does not depend, and must not be contingent, on the pleasure of anyone else, not even a parent or sovereign.”  Yet the bishops bemoan the fact that the lives of the unborn are no longer solely at the mercy of another person, without recourse or appeal.

The leaders of Church must do better.  Indeed, the genuine, God-anointed shepherds will do better.  Yes, there are “tragic conflicts of life with life” which the Discipline recognizes and which call for Solomonic wisdom, creative courage, and resilient love.  But these tragic conflicts make up a tiny proportion of the situations which lead to abortion.  Our lack of specific information about every case does not require us to act as though they all are such “tragic conflicts.” To the contrary, our respect for life and love of the God who gives it, not to mention our compassion toward both mother and child, will not allow us to default to a laissez-faire stance privileging a godlike individual “choice” that is detached from all moral considerations, social implications, and above all the final, irretrievably destructive impact on one small life.  We must claim a God of universal love for each and every human being, including those yet unborn.

As for our episcopal leaders, those bishops – are there any? – who understand the need of the urgency of the hour must speak up, finding their voice and breaking ranks as needed with those who, like the author of the episcoal letter and those who colluded with him, have decided that the route of less resistance is to offer themselves as acolytes to the culture of death.  They must do better.  Life must be the default position.

And as for the rest of us: We must stand with those who stand for life. 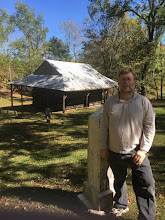